Can’t make it out to see the sculpture in person or don’t live in Houston? We’ve got you covered. Move around our virtual tour of the sculpture.

Check out photos from the unveiling of Move Into the Future, and take a closer look at the sculpture, the artwork and more. 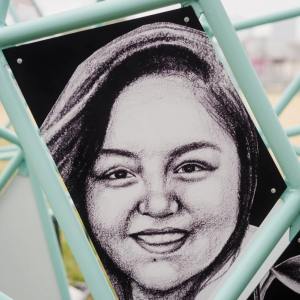 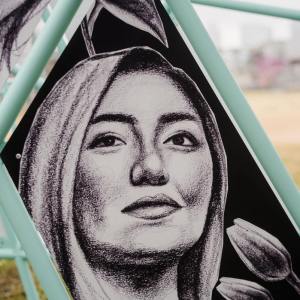 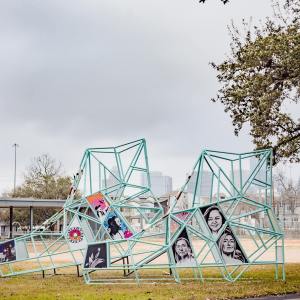 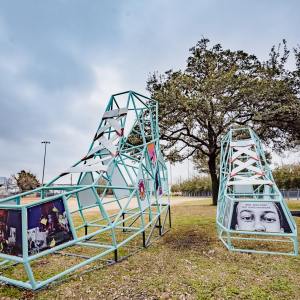 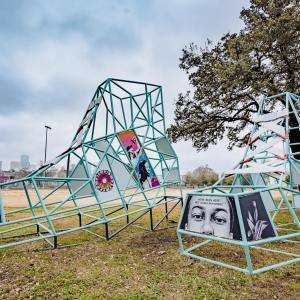 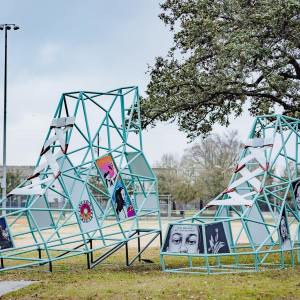 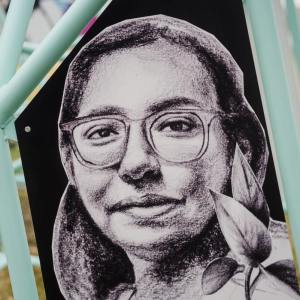 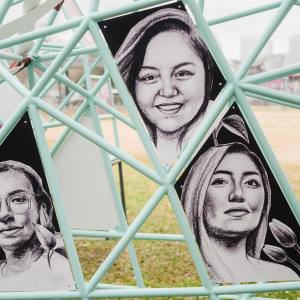 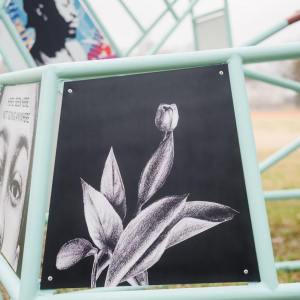 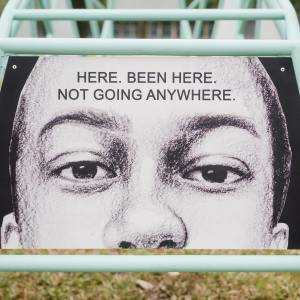 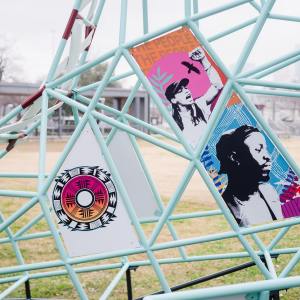 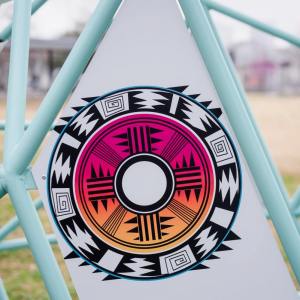 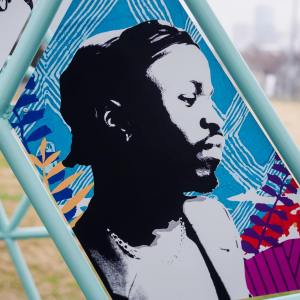 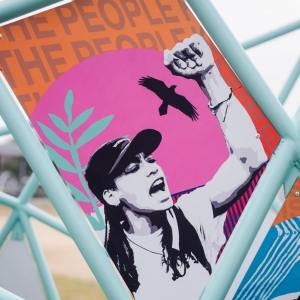 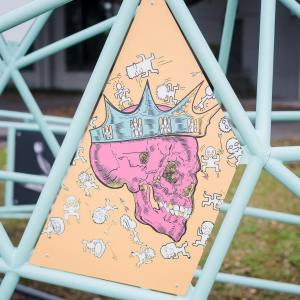 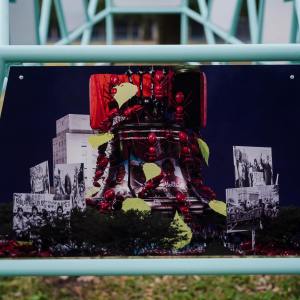 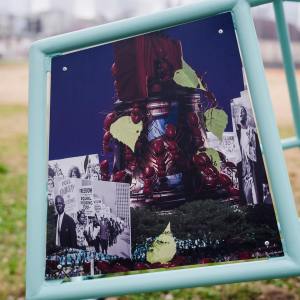 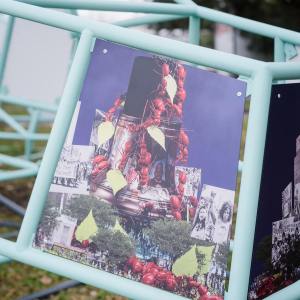 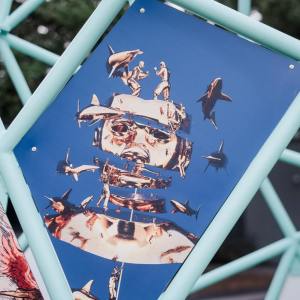 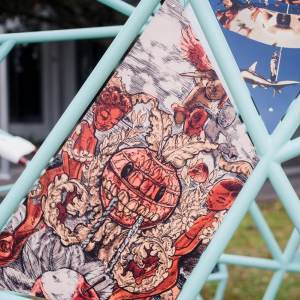 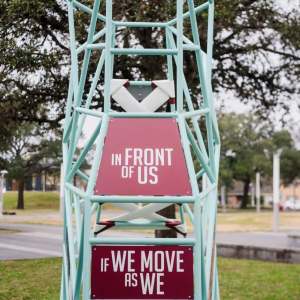 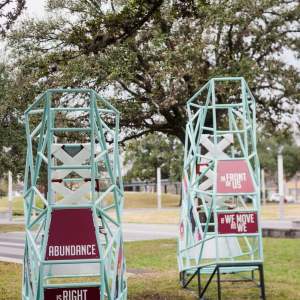 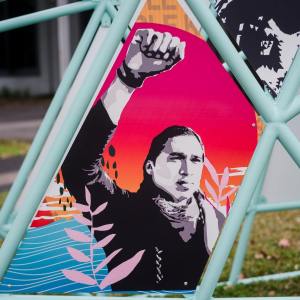 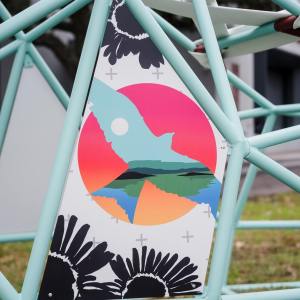 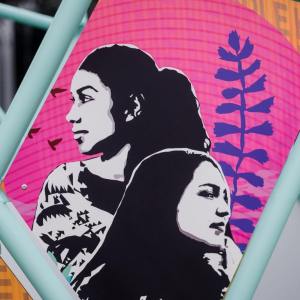 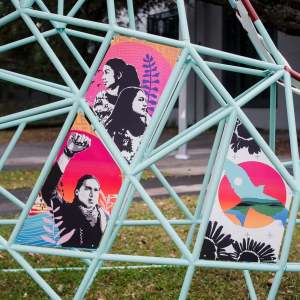 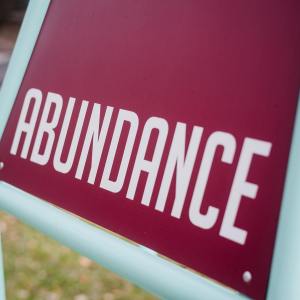 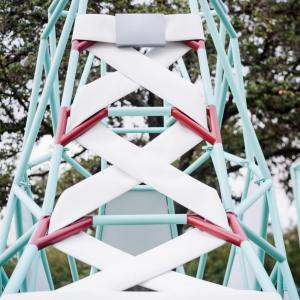 We are immigrant youth who are dedicated to building cultural and political power for Black, brown and indigenous people, which includes immigrants and refugees.

Bustling with Black and brown communities, nearly one in four Houston residents are immigrants, with roots extending from Vietnam to Nigeria and Mexico to Pakistan — making Houston the perfect place to bring together a team of abundance artists to help unify our communities.

The artists come from our communities. They are leading the work and are directly impacted by, and pushing back against, the relentlessly anti-Black and xenophobic media and art that keeps on telling us that immigrants are to be feared and that immigrants can be left behind.

United We Dream set out to produce a public art sculpture that celebrates wonder and learning; community building; and healing through art and storytelling.

In Texas, people of color make up 95% of the population growth documented in the 2020 Census.

But the state’s growing multi-racial communities has prompted fear of white erasure among Republicans and their white supremacist base. In 2021 they attempted to pass laws that would ban schools from teaching about the state’s anti-Native and anti-Black founding in 1836. Specifically, they wanted to cover up the fact that white supremacists invaded the Native territories that make up Texas to illegally seize the land. They wanted to mask the reality that from the 1800s through early 1920s, white militias and the Texas Rangers hunted down Black and brown people in order to found a state where they could continue to own slaves, even as neighboring Mexico abolished slavery in 1829.

We won’t let the truth be hidden. We will honor our ancestors and their resilience with our commitment to abundance, collective care and racial solidarity!

From the Indigenous concept of rematriation to Black-led organizing efforts toward abolition, visions of more just and equitable futures all share the underlying and unifying theme of abundance.

Abundance is what will move us away from systems of harm and punishment to systems of holistic care. Abundance stands in direct defiance of the fear and scarcity that government agencies, such as Border Patrol and the police, need in order to continue existing.

The immigrant youth of United We Dream are proud to unveil this sculpture in its inaugural location at Emancipation Park, and will soon be taking the sculpture to a city near you!

“Abundance Is Right Here In Front Of Us, If We Move As We.”